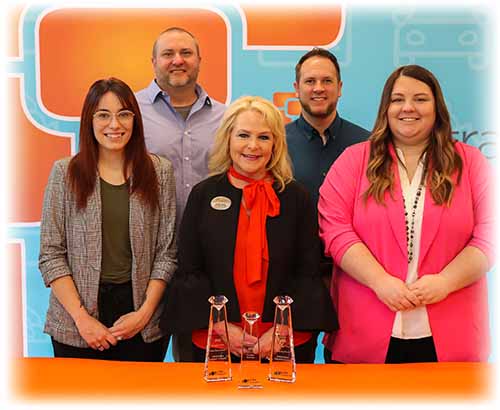 The awards, earned in each of the three categories entered, included two best of class awards. The categories and campaigns submitted were:

“This year’s awards hold a special place in the hearts of Ascentra’s staff,” said Jennifer Naeve, Senior Vice President and Chief Marketing Officer, Ascentra Credit Union. “Two of these awards were earned from events dedicated to our past and beloved CEOs, two people who made a significant difference in the lives of family, friends and the credit union’s members and staff. We are honored to bring home these awards for them”.

The awards were presented by the CUNA Marketing & Business Development Council, a national network comprised of more than 1,200 credit union marketing and business development professionals. Judges evaluated entries based on strategy, design, production, creative concept, copy, communications, and results. This year’s competition received 1,195 entries and awards were given in each of 35 categories.