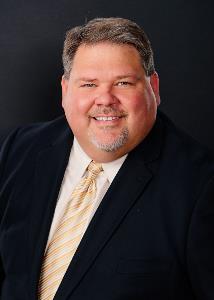 Dale Owen of Ascentra Credit Union has been elected to serve on the Iowa Credit Union League (ICUL) Board of Directors for 2020-2021. By serving on the ICUL Board, Owen represents the collective interests and future of Iowa's 86 credit unions and their more than 1.3 million members. ICUL is the trade association for Iowa's not-for-profit credit union industry.

"On behalf of the Iowa Credit Union League, I would like to congratulate Dale Owen on being selected to serve on ICUL’s Board of Directors," said Murray Williams, President and CEO, ICUL. “Dale brings a wealth of knowledge and insight to the board and we sincerely appreciate his dedication to improving the financial lives of consumers and the credit union philosophy of people helping people. I look forward to working with him."

Dale has been the President and CEO at Ascentra Credit Union in Bettendorf, Iowa since 2013. He received his master's degree in public administration from Drake University in Des Moines, Iowa, a bachelor's degree in public administration from Augustana College in Rock Island, Ill., and an associate’s degree in banking and finance from Black Hawk College in Moline, Ill. He also holds the Certified Chief Executive (CCE) designation from the Credit Union Executives Society (CUES). He has graduated from the CUES CEO Institutes conducted at the Darden School of Business at the University of Virginia, the Johnson Graduate School of Management at Cornell University, and The Wharton School at the University of Pennsylvania.

“It’s an honor to be elected to serve as chairman of ICUL’s Board of Directors,” said Owen. “I believe strongly in the credit union industry and look forward to working with other Iowa credit union leaders to develop initiatives that will help improve the financial lives of our members and advance the credit union movement.”
Back to all News