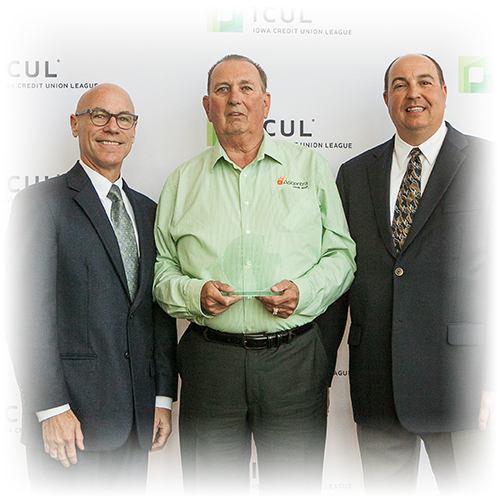 Larry has served as a board member for Ascentra Credit Union for 23 years. During this time, he has served as chairperson, vice-chairperson and has chaired a number of committees. He also led the credit union in forming the Ascentra Credit Union Foundation.
“Larry’s commitment to the credit union has meant so much for our growth and success,” Ascentra President and CEO Dale Owen said. “We are proud to see him recognized by our industry for his dedicated service to our membership.”

Larry was the embodiment of the credit union philosophy following the unexpected passing of Ascentra’s late CEO, Paul Lensmeyer. Larry spent countless hours going above and beyond to assist the management team and making sure the staff had what it needed to be successful, while successfully transitioning current CEO Dale Owen into leadership at a very difficult time.
Back to all News