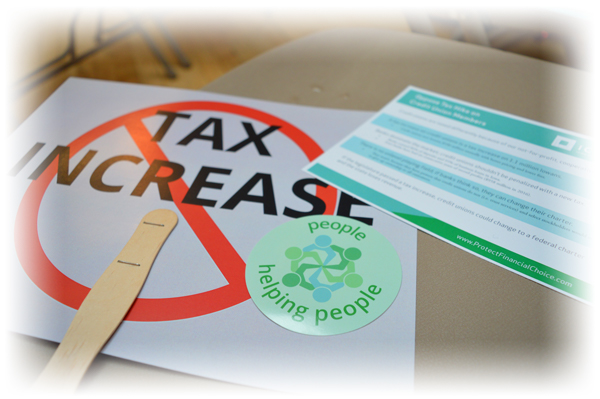 After the Iowa Senate passed a budget bill that would raise taxes on credit unions and provide a 48 percent tax cut to banks in Iowa, Ascentra and other credit unions from the Quad Cities region packed a bus with about 40 advocates destined for Des Moines to speak with lawmakers.  Upon arriving at the Capitol, the Ascentra delegation joined about 750 other Iowa credit union members, volunteers, and employees to advocate in a rally outside the Capitol.  The event lasted all day and culminated with a march to the Capitol to speak directly with lawmakers.

The message is being heard, but more work lies ahead to protect the financial choice for Iowans.  Keep contacting your lawmakers and remember that a tax increase on credit unions is a tax increase on 1.1 million Iowans.

Learn how you too can become a credit union advocate on Credit Union Difference page.  You can also to learn more about the latest threats to credit union members and reach out to your legislators through the Protect Financial Choice page.
Back to all News